A bunch of random things have all finally congealed themselves into this update over the last couple months, I'll try and touch on at least the more notable changes: 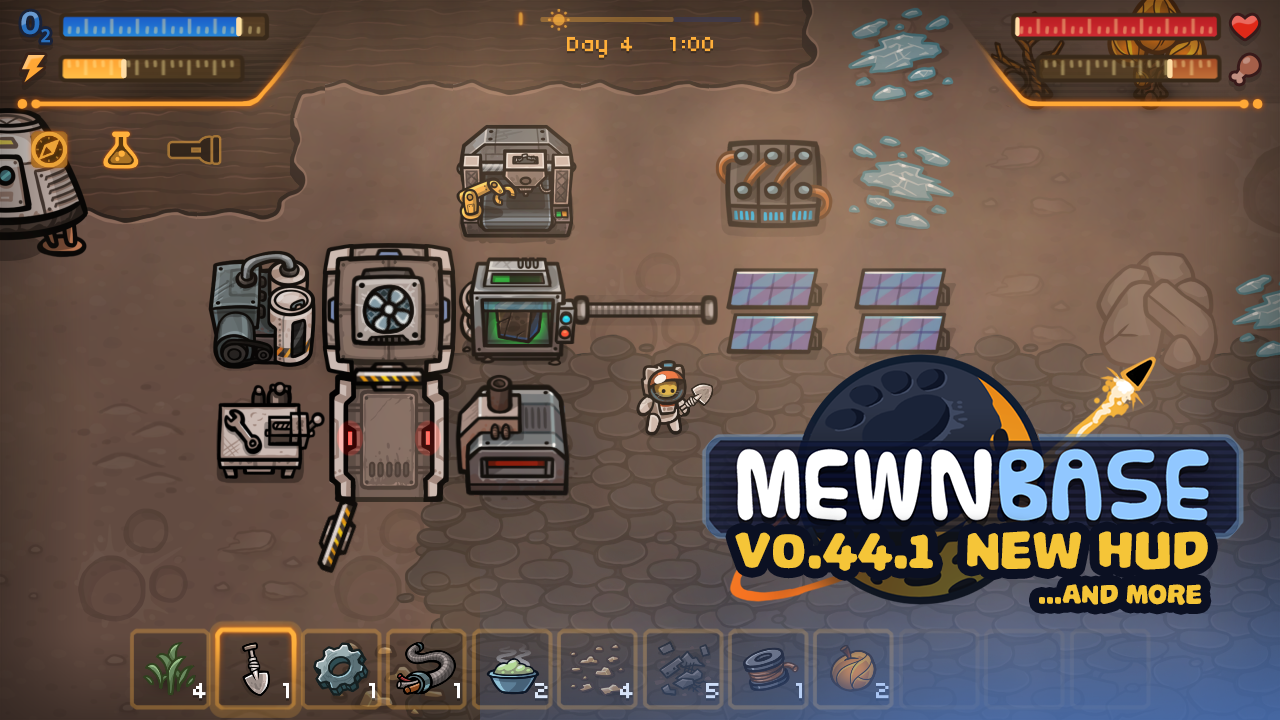 The in-game HUD had been long overdue for a bit of an refresh. The new HUD reduces the amount of text (using icons and progress bars) to make all your important space-cat stats hopefully a bit clearer. Including:

In addition to normal rain storms, there are also now sometimes Thunder Storms that create lightning strikes. You'll see them appear around you as electric glows on the ground before they (might) strike.  Be sure to stand clear or get indoors!

For the Windows and Linux versions, I've hooked up the game to the Discord Rich Presence API, so now your friends can see if you're playing MewnBase :)

It's disabled on the Mac version for the time being until I can figure out where my implementation is causing hangs/freezes.

Known issue: For Windows and Linux, it doesn't seem to register and show you're playing if you launch MewnBase from within the Itch desktop app.